For the past twenty-nine years, Tom Briant has concentrated his efforts on retail, wholesale, and manufacturer tobacco-related issues on the local, state and federal levels.  Since the National Association of Tobacco Outlets was formed in 2001, Tom has served as NATO’s Executive Director and Legal Counsel.  NATO focuses exclusively on local, state and federal tobacco legislation and FDA regulations.

Azim Chowdhury is a regulatory and public policy attorney with a focus on vapor, nicotine and tobacco product regulation. He is a partner in Keller and Heckman’s nationally-ranked food and drug law practice.

Collett Enterprises, Inc. is based out of Seymour, Indiana.  Collett owns and operates 29 retail tobacco stores under the name Smoker Friendly.   Darren has been in the industry for more than 25 years.  He serves as a board member of the National Association of Tobacco Outlets (NATO) and has served in various roles within the organization.   Collett has a bachelor’s degree in Accounting from Indiana University (1990) and an MBA from Indiana Wesleyan University (1995).

As the category manager for cigarettes and tobacco at Sheetz, Paul Crozier is responsible for the sales and marketing of cigarettes, smokeless tobacco, cigars, and e-cigarettes.  He also supervises lottery sales and the retail space management team. Paul has worked for Sheetz since 2004 and is a NATO board member and officer.

Brittani Cushman is the Vice President of External Affairs for Turning Point Brands, parent company of National Tobacco Company, VaporBeast, Vapor Shark, and Intrepid Brands, of Louisville, Kentucky. Ms. Cushman is responsible for the management of regulatory and legislative issues at both the federal and state levels. Ms. Cushman provides industry leadership among like-sized manufacturers, advising on regulatory issues as they emerge and placing those issues in the context of both the current science and complex landscape of the vaping and tobacco industries. Ms. Cushman currently serves on the National Association of Tobacco Outlets (NATO) Board of Directors, the Vapor Technology Association (VTA) Board of Directors, and the Pipe Tobacco Council Board of Directors. She also participates in the Cigar Association of America and the Coalition of Independent Tobacco Manufacturers of America (CITMA).

Terry Gallagher, Jr. began his career with Gasamat Oil Corp. of Colorado (GOCC) in 1984 and is a Founder and President of The Cigarette Store Corp. (TCSC) which incorporated in 1991. In 2003 the retail operations of GOCC merged into TCSC and the company now operates 103 Smoker Friendly and Tobacco Depot tobacco, gasoline and liquor stores in the mountain states and Florida. In 2005, Terry also began serving as Managing Partner of Smoker Friendly International ( SFI ), which owns and operates the Smoker Friendly and SF brand and licenses to over 800 tobacco and convenience stores across the United States. Terry is very active with many professional and philanthropic organizations.

In 2017, Maggie was instrumental in the launch of the Global Vaping Standards Association (GVSA) and currently oversees advocacy, US regulatory affairs, membership, operations and communications efforts.  Prior to launching the Global Vaping Standards Association (GVSA), Maggie spent the last five years in the vaping industry building the AVAIL Vapor brand and communications’ platform which has become the largest wholly-owned retailer in the United States.  Maggie has over 25 years of marketing and communications expertise building international brands.

Matthew R. Holman, Ph.D. is currently Director of the Office of Science at the Center for Tobacco Products (CTP) of the U.S. Food and Drug Administration (FDA). He was appointed to that position in January 2017. The Office of Science at CTP is responsible for identifying, developing, and enhancing the science related to tobacco products, their use, and the resulting morbidity and mortality so that regulatory decisions will have the greatest impact on improving public health. To accomplish this goal, they provide the scientific support for regulations and guidance, review tobacco product applications, evaluate the knowledge basis for regulatory decisions, and carry out research to fill the gaps in scientific knowledge related to tobacco product regulation. He received his Ph.D. in Biochemistry from the University of Maryland at College Park in 2000.

David Levy has a PhD from UCLA in Economics. He is currently a Professor of Oncology at Georgetown. He has published over 200 papers, including articles in the American Economic Review, American Journal of Public Health, JAMA, Lancet, Medical Care, American Journal of Preventive Medicine, Tobacco Control, Nicotine and Tobacco Research, and the Review of Economics and Statistics. His recent articles examine tobacco control, substance abuse, obesity and other public health issues. He has been principal investigator of grants from the Centers for Disease Control and Prevention, the World Health Organization, the National Cancer Institute, the National Institute on Drug Abuse, the Tobacco Related Disease Research Program, Bloomberg/Gates Foundation, European Union, and the Robert Wood Johnson Foundation.  He is currently PI of a 5-year grant from NCI’s CISNET program and a 4-year grant from NIDA.

Mike Ligon has been part of Universal Corporation for over 36 years and presently serves as Vice President of Corporate Affairs. Mike began his career in 1982 in the management-training program and has served many roles for the Company from Leaf Buyer, North American Sales Director, President of Casa Export, President of America’s Harvest to today where he is head of Corporate Affairs responsible for global regulatory, government, social, and labor matters. 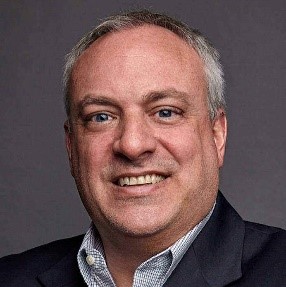 Jim Lutzweiler, a public policy and market development expert, is the vice president of agriculture and livelihoods. He has more than 20 years of experience developing public-private partnerships to reduce food insecurity globally, and spent a decade working and living in West and Central Africa while focused on agriculture program design and implementation, market development and policy formulation.

Flora Okereke is a Senior Director of International Policy, within the Federal Government Relations of Reynolds American Incorporated Services (RAIS), a subsidiary of RJR Tobacco, based in Washington DC.  In this role Flora leads a comprehensive engagement strategy with US government agencies, foreign embassies and global institutions on all issues of global concern for RAI/BAT including international trade, anti-illicit trade, tax, and tobacco regulation.  Flora’s role also serve as a strategic link between the RAI Washington Office and the British American Tobacco Group (BAT) in London, UK following the recent integration of Reynolds with British American Tobacco PLC.

Michiel Reerink is Global Regulatory Strategy Vice President at Japan Tobacco International (JTI), a leading international tobacco company. Since 2010 he heads JTI’s Global Regulatory Strategy department at the Geneva, Switzerland, Headquarters, which coordinates the company’s strategy and responses to global regulatory issues, including plain packaging. He is also a regular speaker on tobacco regulatory topics and has, for example, presented to the European Parliament and the Irish Oireachtas (Parliament). Before joining JTI, he held various roles at Imperial Tobacco, with increasing responsibility for corporate affairs in the Benelux and Germany and the establishment and management of the company’s EU affairs office in Brussels.

Gerard J. Roerty, Jr. has been with Swedish Match North America since 1997.  Prior to joining Swedish Match, he practiced at Mays & Valentine, L.L.P. in labor and employment litigation and commercial litigation.  A long-time resident of the Richmond, Virginia area, Mr. Roerty received his B.B.A., summa cum laude, in 1988 from the University of Notre Dame and his J.D. in 1991 from Vanderbilt University.  His family (wife, Julee, and daughter, Kyla) are very involved with the Children’s Hospital of Richmond at VCU and the Children’s Miracle Network, striving to raise awareness of the unique medical needs of children with disabilities such as his daughter, Kyla.

Dr. Rusch is an executive level business development professional and drug development scientist specializing in early clinical development services as President at High Point Clinical Trials Center. Her specialized background allows her to provide a consultative service tailored to the needs of biotechnology and pharma clients.

Omar has been a professional journalist since 1998, covering everything from international business and Wall Street to politics and religion. His stories have appeared in Newsweek International, the New York Times, the Washington Post, USA Today and other major outlets. Omar graduated from the Columbia University Graduate School of Journalism in 1998, and prior to that he was a Bosnian diplomat. He is based in Boston.

Henry T. Sauter is an attorney and independent consultant based in Philadelphia.  He splits his time between his legal clients, his wife’s consulting firm’s nonprofit clients and doing research on tobacco for clients such as TMA.  Previously, he had consulted on compliance issues at Nat Sherman, a manufacturer and distributor of premium cigars and cigarettes, providing support during its acquisition by Altria Group. During the project, he helped the team obtain regulatory and licensing clearances from the Federal Trade Commission, Food and Drug Administration, State Attorneys General and Revenue Departments.

A former Assistant Attorney General for the State of New York, Barry represents product manufacturers and industry trade associations in litigation, regulatory and legislative matters. He has defended clients in complex product liability matters involving medical, scientific, and other technical issues in courts throughout the country. His experience includes representing clients in cases involving questions of disease causation and addiction.

Kevin R.J. Schroth is an Associate Professor in the Rutgers University’s School of Public Health, where he’s a member of the Center for Tobacco Studies and the Cancer Institute of New Jersey.  His research centers on how innovative policies can decrease tobacco use.  Until June 2018, he served at the New York City Department of Health and Mental Hygiene as the Senior Legal Counsel with the Bureau of Chronic Disease Prevention and Tobacco Control.  During his tenure, he played a principal role in drafting and advancing more than a dozen laws designed to reduce tobacco use, and policies designed to reduce sodium and sugary beverage consumption.  He previously worked as an attorney in private practice and clerked for federal and state judges in New Jersey.  He earned his JD from Rutgers Law School and BA from Bucknell University.

Based in Austria, Huub is responsible for dealing with all tobacco-related regulatory issues worldwide. Vizée also is president of CORESTA and Member of the Advisory Board of GTNF. Prior to joining delfort in September 2011, Vizée worked for Van Nelle, Douwe Egberts and Imperial Tobacco, where his last position was Head of Group Regulatory Development. In this role he was responsible for leading Imperial Tobacco's regulatory engagement as an active participant on a global, regional and market level. He also represented Imperial Tobacco on the boards of CECCM, ECMA and CORESTA. Vizée has worked in the tobacco industry for 31 years, in areas such as leaf, research, engineering, quality assurance, product development and corporate affairs.

Mitch Zeller, J.D., became director of the FDA’s Center for Tobacco Products in March 2013. The mission of CTP --established by enactment of the 2009 Family Smoking Prevention and Tobacco Control Act -- is “to make tobacco-related death and disease part of America’s past, not America’s future, and, by doing so, ensure a healthier life for every American family.”